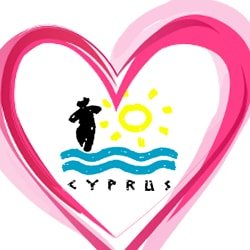 Cyprus online dating had been virtually non existent for many years. Prejudice and the lack of technological breakthroughs had been keeping the rather conservative local society kept to more traditional means of dating.

Only a few major dating websites and more recently casual dating apps have enter the market but without an insightful knowledge of the domestic demand.

The Revolution in Online Dating

The first major breakthrough in the online dating scene came with the development of PriveTalk, a serious dating app that targets people who value respect and honesty above everything. PriveTalk Application’s development initiated in August 2015, and half a year later it’s first public Beta version was released. The first official final version release was in August 2016 as the first online dating app made by a Cypriot team of developers and founders, and available initially only in the application store markets of Cyprus for both iOS and Android devices.

Adoption in the Cypriot Market

Cypriot Singles of all ages were excited to give a try to our dating app. The response was phenomenal, with 5 000 downloads locally just within 2 months of operations. Major news outlets made reports about our innovating matchmaking service and PriveTalk became a viral phenomenon.

After a very warm adoption by the Cypriot community, PriveTalk was soon launched officially in the the Remaining of Europe and to the USA singles market. In February 2018 we were officially launch to all the app markets of the globe, servicing new continents such as Asia, Australia, and Africa.

Now and the Future

We are currently the first online dating app in Cyprus to gather 100,000+ downloads and counting. Most of our users now come from the USA & UK, but still the largest market share is hold within the Cypriot online dating who still trust us with their own preference!

Thank you all and glad to be here for the next adventures.